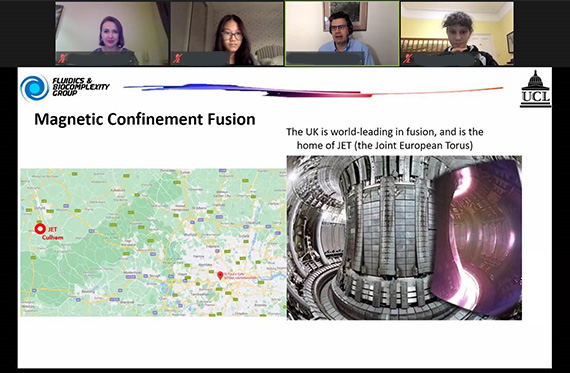 Our programme of talks and events has continued virtually this half term in a whole host of subjects. Science Society have led the way with a fascinating range of speakers, as Katinka, VII, explains:

As the hustle and bustle of the return from half-term settled, so Science Society sprang into action with a triumphant return. The first session saw a ‘Brain Circus’ held by two members of the VII and Miss Orchard, which covered talks on the psychology of memory and answered the question countless parents ask on a daily basis: “Why are teenagers so useless (at rational decision-making)?”. Subsequent sessions welcomed partner schools to our audience and invited several distinguished scientists from a variety of fields, including Professor Yiannis Ventikos of UCL, and included lectures on topics ranging from Amazonian Bats to Nuclear Fusion (though not in the same lecture!). It has been a great success so far, with much learned, and we look forward to welcoming nano-biotechnologists and particle physicists alike in the coming weeks.