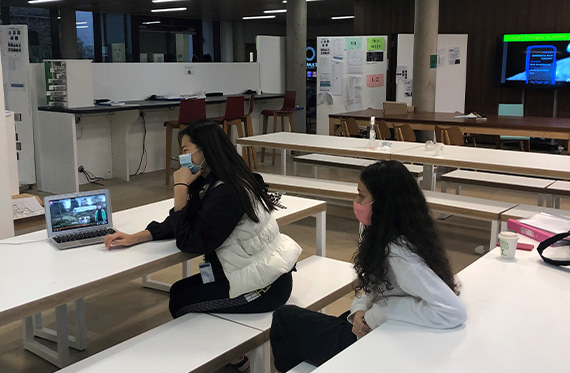 Our partnership with Project Rousseau continues virtually, offering our girls a valuable opportunity to connect with other students from a range of backgrounds and discuss a variety of engaging topics. Laura, VIII, tells us more:

Despite the upheaval to our daily lives experienced during the summer term, Paulinas from the V to the VIII were gifted the fantastic opportunity to participate in tri-weekly debates and discussions with Project Rousseau – a charity dedicated to ’empowering children in America’s most under-served communities’. Led by Project Rousseau’s founder and President Andrew Heinrich (although largely pioneered by its students), the debates were an incredibly engaging and powerful experience in which to participate. Topics included: minimum wage (discussing in what way and with what justification we can quantify a minimum wage); the aftermath and strategies behind the Black Lives Matter protests in New York back in May; and an intriguing breakdown and analysis of the more recent US election results. The discussions proved to be incredible food for thought; however, the most useful aspect of these debates by far had to be the chance to talk and discuss subject matters with the Project Rousseau students themselves who, coming from a multitude of backgrounds across the US, offered a wide range of insights and perspectives that made the discussions truly invaluable to be a part of.