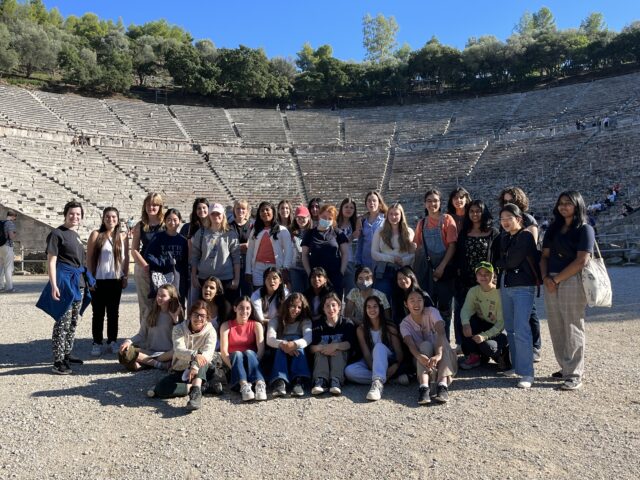 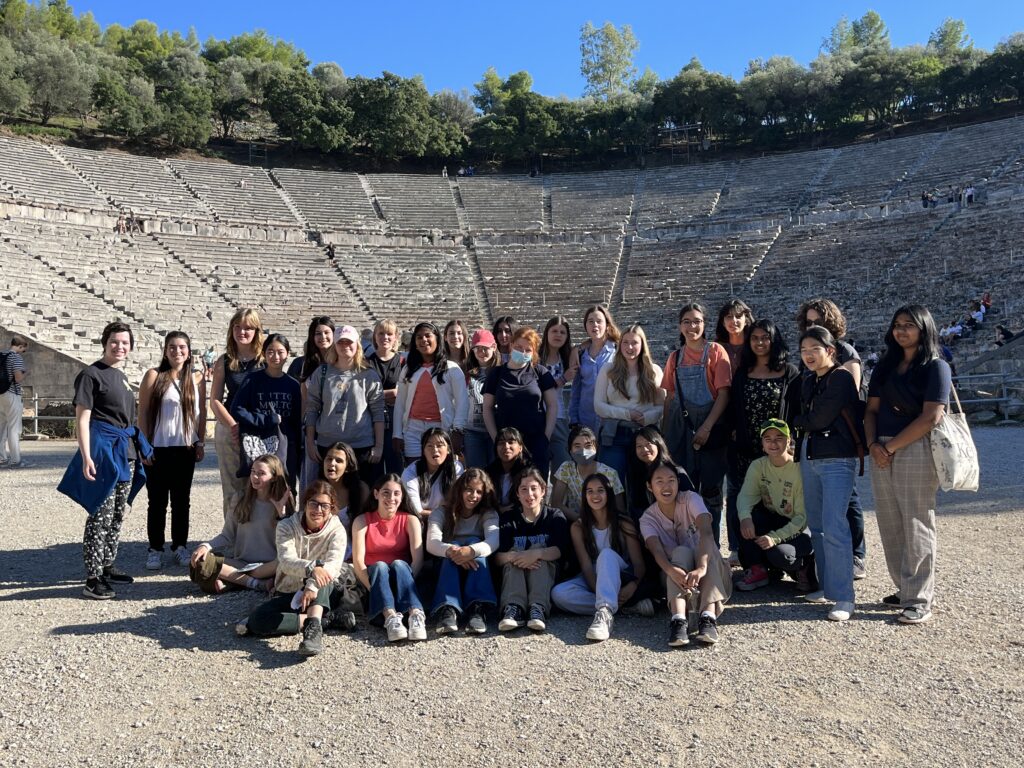 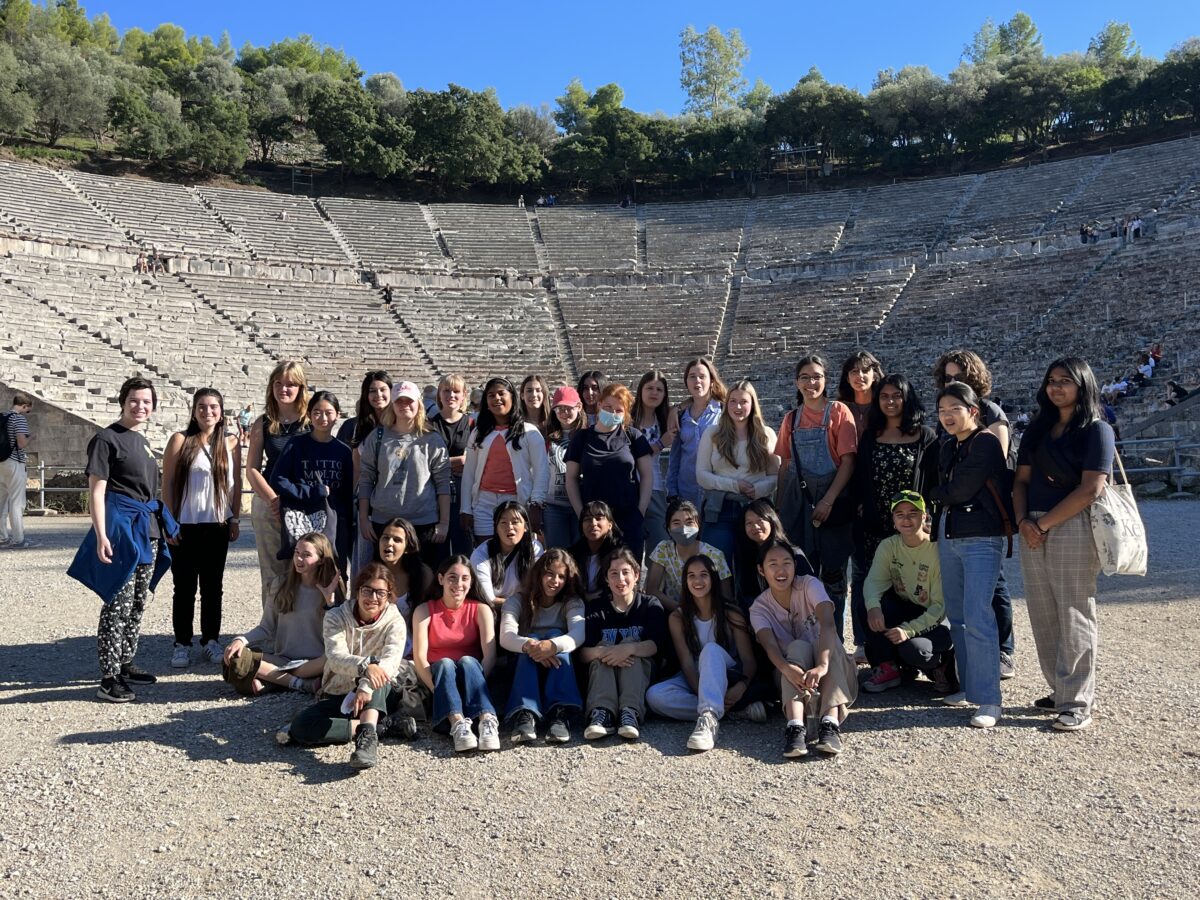 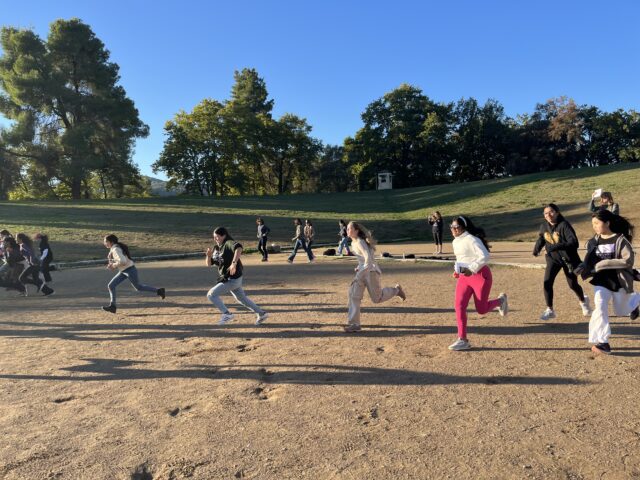 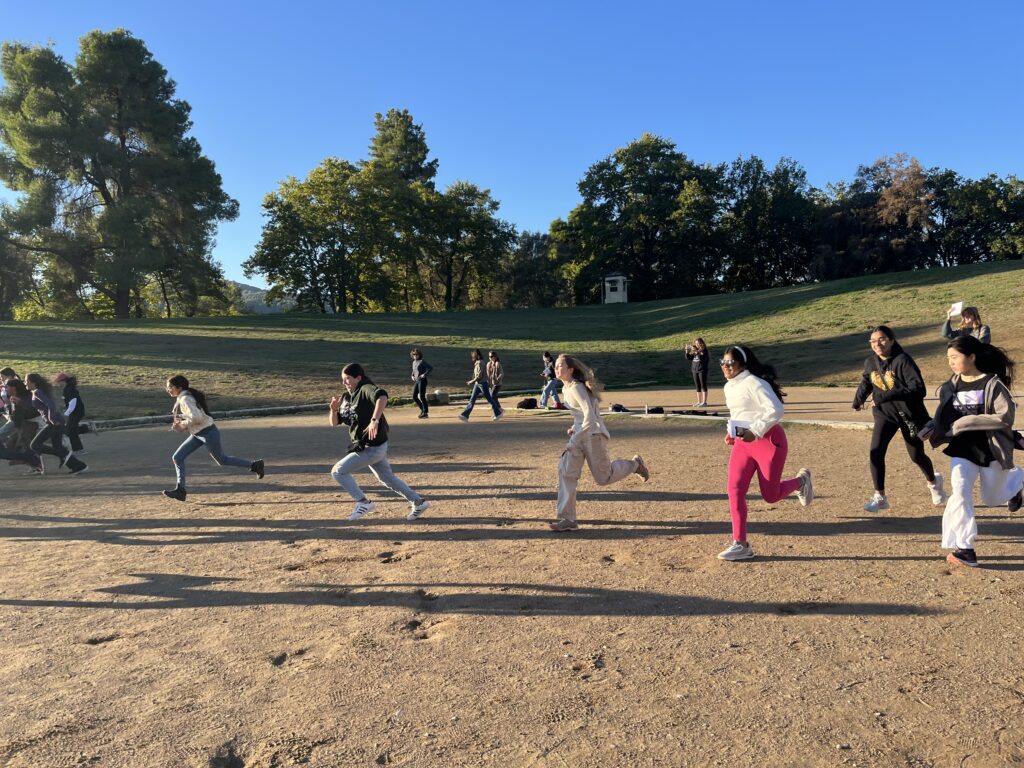 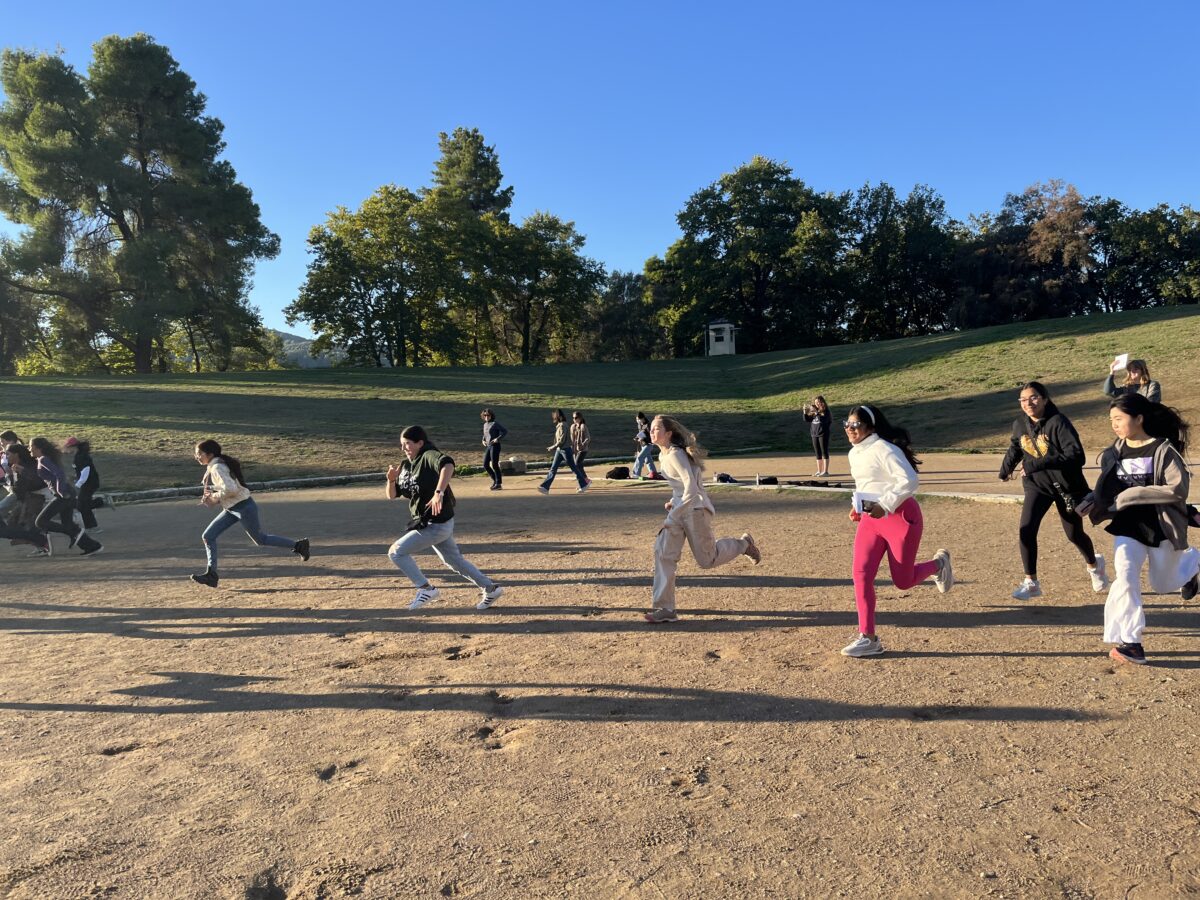 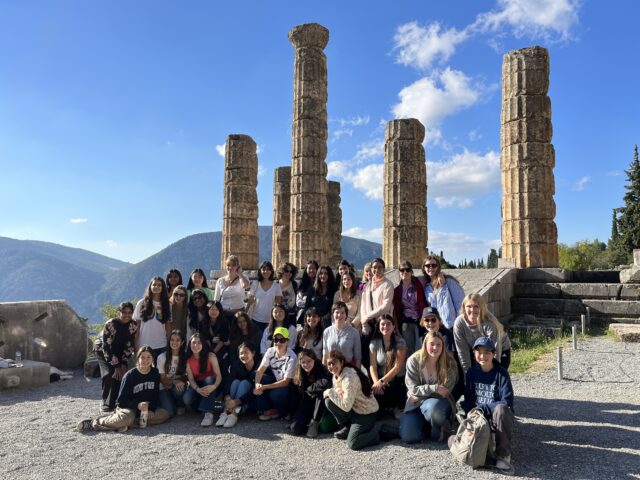 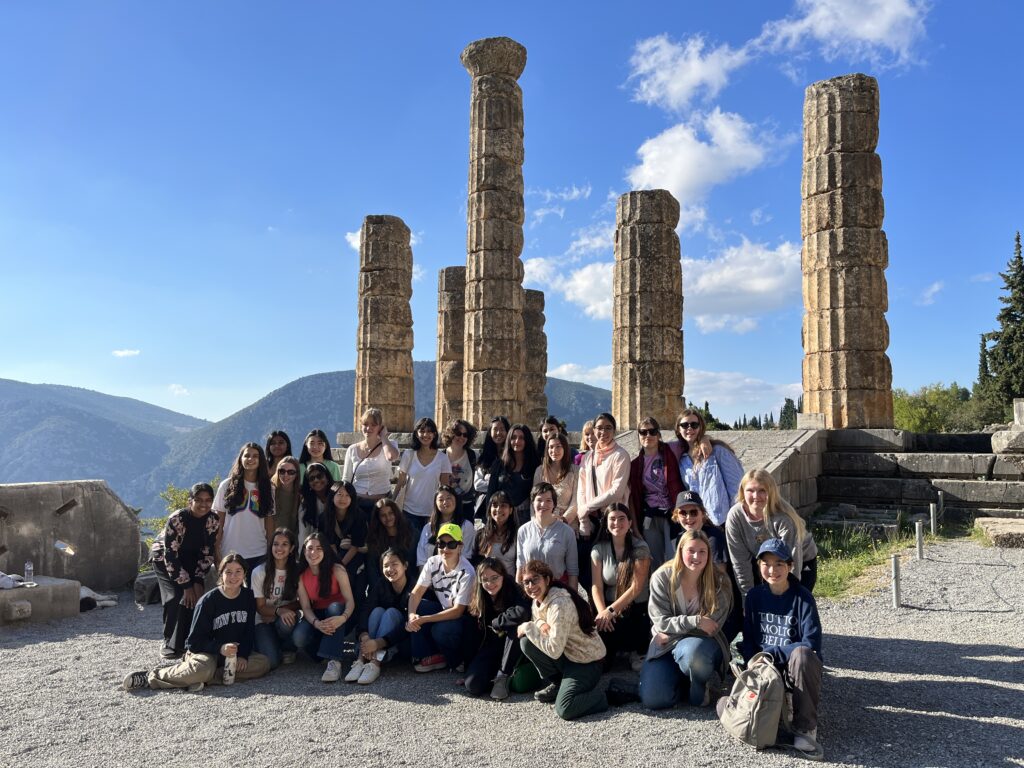 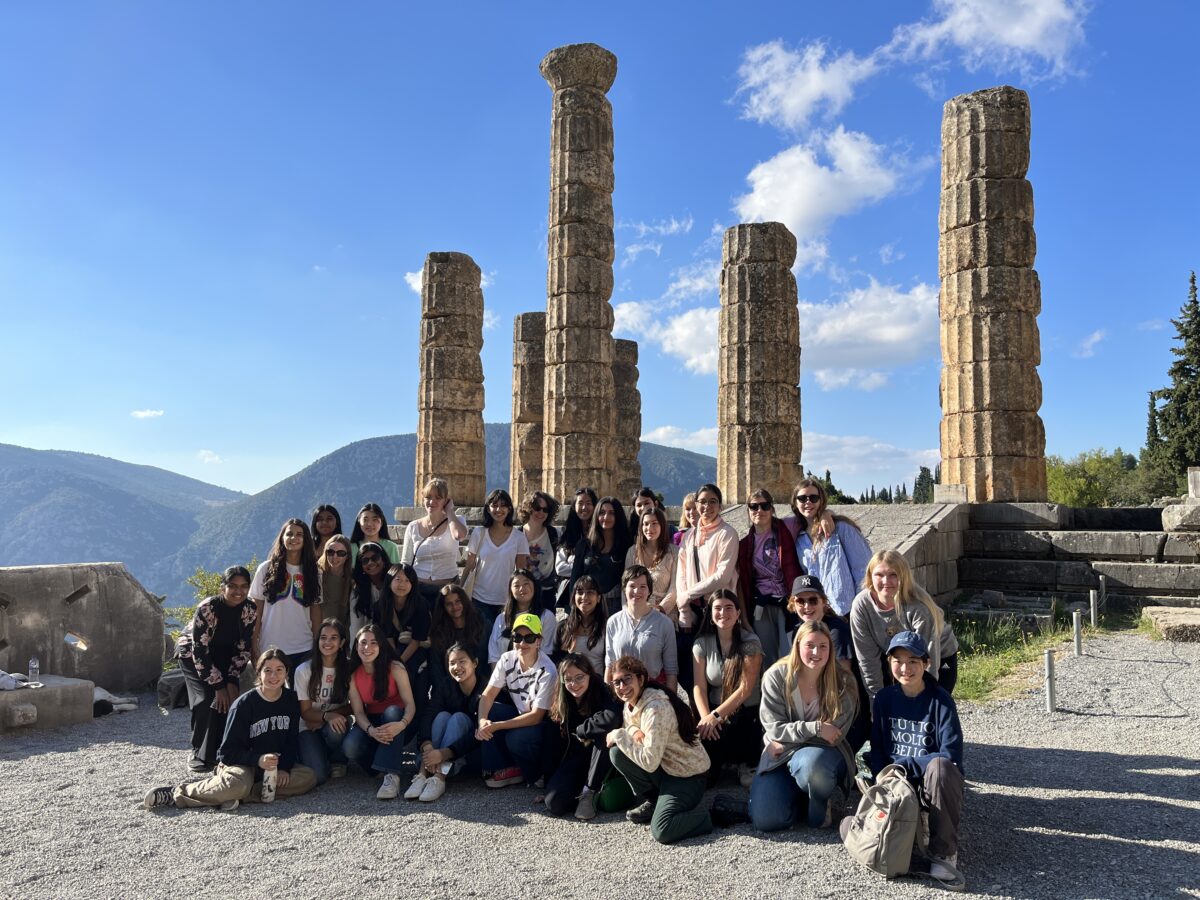 After meeting at Heathrow airport at 4am, the Greek trip was underway! Over the six days we spent travelling around southern Greece, our knowledge of the Ancient Greek world was enhanced greatly.

After touching down in Athens airport, we had a lovely lunch with a view over the sea, then explored what is thought to be the oldest theatre in the world, the Theatre of Thorikos. On the second day, we had a very early start to walk up the Acropolis to see the Parthenon before the crowds developed. We had some free time in Athens to explore and have some traditional Greek food before we set off to the New Acropolis Museum, where we saw many artefacts from the Greek Bronze Age to the plaster copies of the Elgin Marbles. And then came a long drive from Athens to Delphi. We spent the following day exploring the sites of Delphi and visiting the Archaeological Museum. Next, we visited Olympia, the birthplace of the Olympic Games, the most important sporting event in the ancient world. The site was also a former place of worship and housed the statue of Zeus, one of the seven ancient wonders of the world. On day five we visited an archaeological site in Mycenae and the Epidaurus Theatre, which is considered to be the most well-preserved Ancient Greek theatre with regards to acoustics. Finally, we visited the temple of Apollo in Corinth, one of the most prominent city states of Greek antiquity. Overall, we feel we learnt lots on this trip and it was an incredible opportunity that we are extremely grateful for. Many thanks to Dr McCullagh, Mr Barron, Mrs Snook, and Frau Alice for making this all happen! 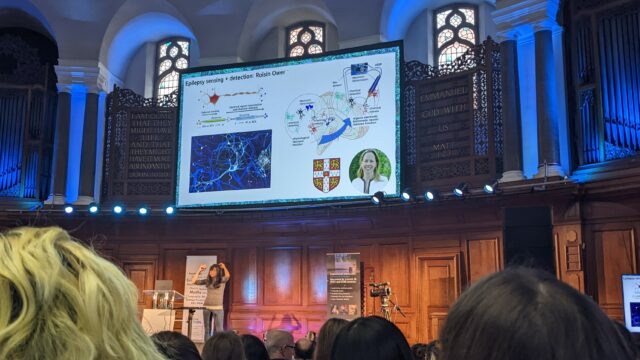 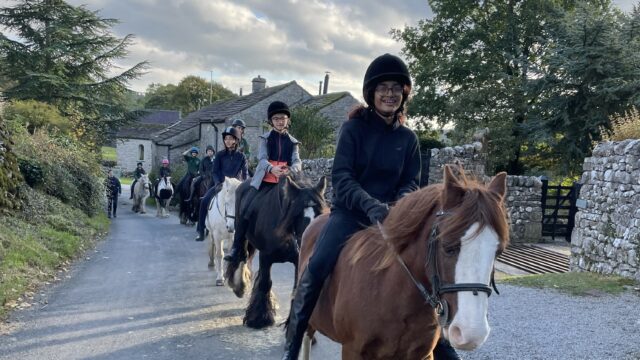 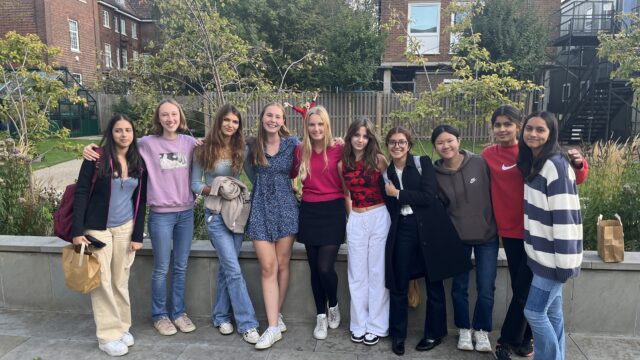 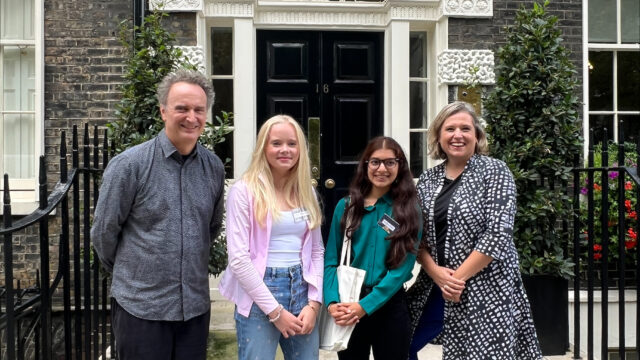 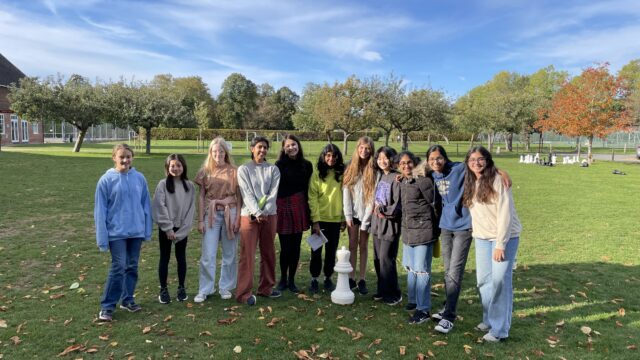 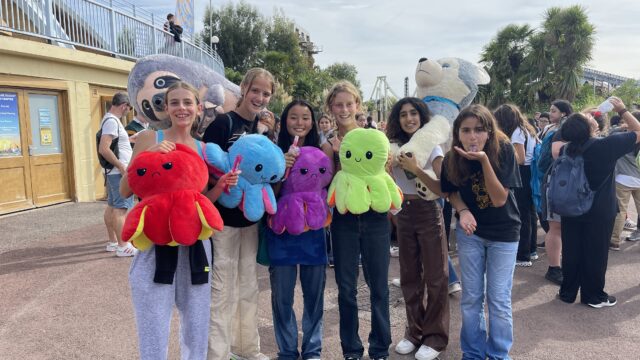 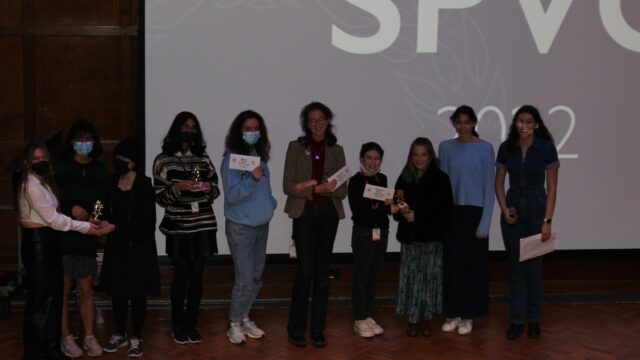 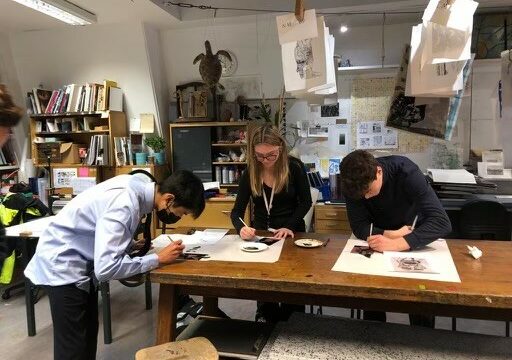